How Can I Help My Teething Baby?

Teething is a process in which a baby’s teeth break through or erupt from their gums. Another word for teething is odontiasis.

When do Babies Start Teething?

Most babies start their teething between 4 to 7 months of age but some may start it later too. Child specialist in Lahore believes that parents shouldn’t worry about when their baby’s tooth will erupt or if their baby is late or early.

Some babies might have a tooth on the day they were born, it is a rare condition that is found in one per 2000 to 3000 births. This tooth is called a ‘natal tooth’ ; it is often loose and malformed. It is in most cases removed before the newborn is discharged from the hospital to eliminate any risks of aspiration in the lungs.

What are the Signs and Symptoms of Teething?

The onset of teething symptoms usually starts several days before the eruption of the tooth. Below mentioned is the list of some common symptoms and signs of teething: 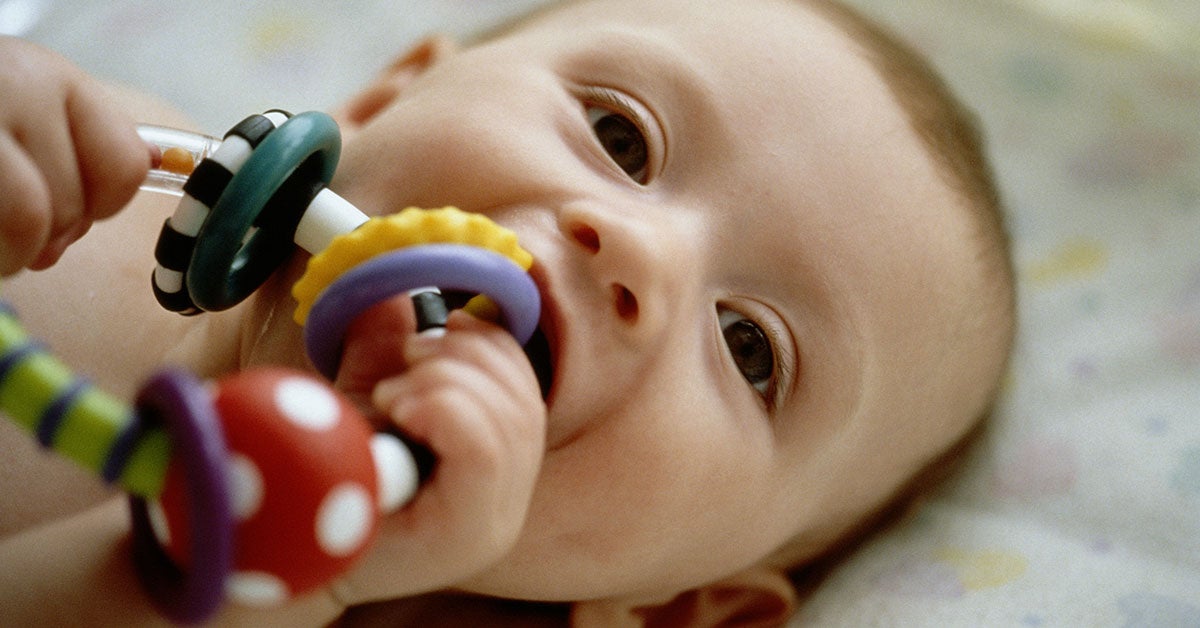 Teething is an extremely difficult phase for both babies and parents. Some uncommon and severe signs of teething are diarrhoea, vomiting, rashes, high-grade fever and congestion. If your baby is suffering from any of these you should consult their paediatrician immediately and get them treated.

You should also consult a doctor if your baby’s gums are bleeding or you see any pus in their gums.

Is There a Pattern or Order of Tooth Eruption?

Some dentists believe that teeth come in a different pattern for every baby and this pattern of eruption is usually based on the family history.

What Can I Do to Help My Teething Baby?

Every baby is different so what worked to ease teething for your first child may not work for your second baby. Don’t give up and keep on trying to soothe them because it’s a difficult phase for both of you. Here we summarising a list of things you can do to help your teething baby:

What are the Treatments that one Should Avoid?

Following are some don’ts that you need to follow if your baby is teething: